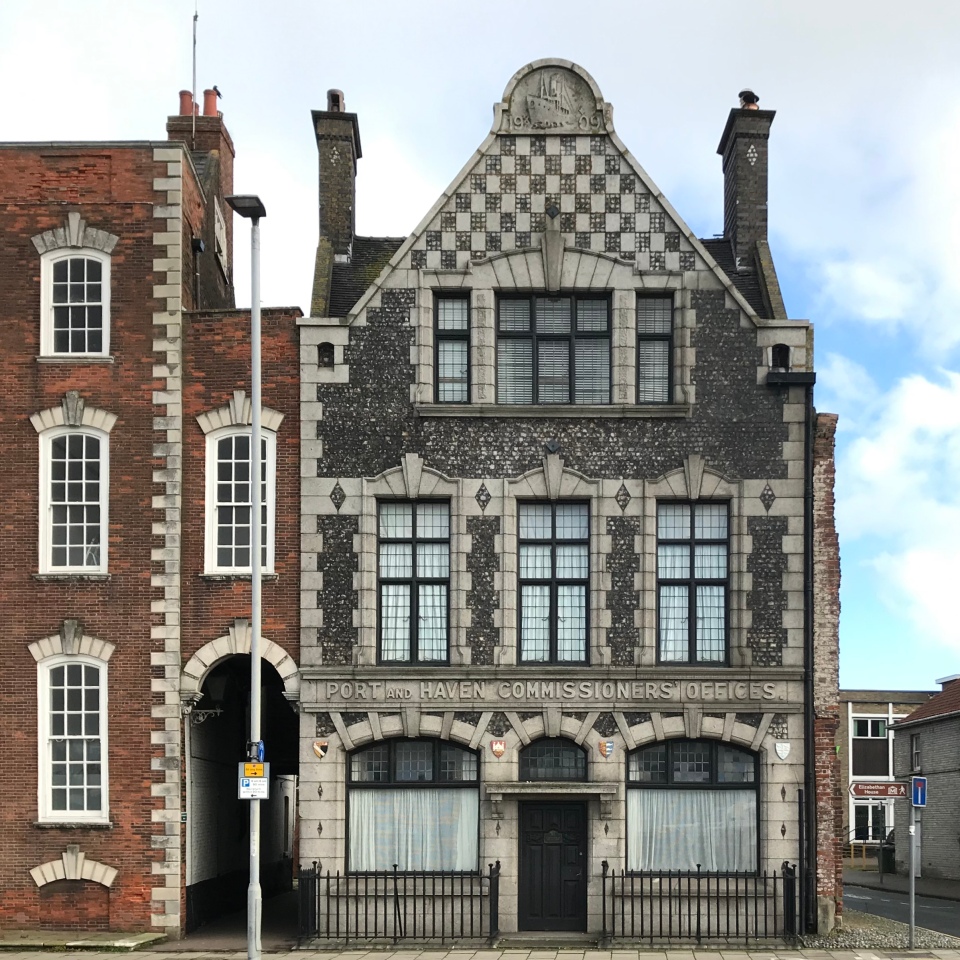 Great Yarmouth is a large seaside town on the Norfolk coast and home to numerous beautiful historic buildings and with open and potentially picturesque waterfronts. Some grand vision thinking could see this town quickly become a thriving location and major attraction.

This visit was seriously curtailed by a flat battery on route leaving only a few hours to look around before needing to move on.

Coming over the Haven Bridge in fading sunshine the immediate impression was of a grand town, with beautiful buildings lining a wide boulevard-esque road running parallel to the River Yare.

Parked up behind the impressive Town Hall and taking to foot, the narrow roads and alleys give an intriguing sense of what could be around the corner before suddenly being confronted by Regent’s Road. Similar to too many other British high streets, the town centre is a mess of poor architecture, terrible layout, badly maintained paving and a lack of love.

At the far end, the wide clean empty sandy beach surrounds a short pier with a host of very British kind of shows, three with ‘Stars who are dead”, as one wit quipped on Instagram. After a plate of possibly the worst chips I have ever tasted I returned to Brook and moved her to one of the numerous bland car parks that blight the centre of town and set off again on a wider arc. While walking my mood lightened as I began to see rich potential.

The buildings running both sides of the river have Creative Quarter written all over them. Some stunning architecture on one side, practical large warehouses on the other with plenty of space for mooring boats. This could be a buzzing area instead of the occasional lost tourist and constant traffic I encountered. There are at least four museums and numerous buildings of significant interest, all grand and only some in need of serious investment.

Walking along the river towards the train station, there seems very little wrong with any of the buildings and it is easy to imagine how thriving the river part of town could become with just a little more TLC.

After a longer walk than expected I reach the fabulous Vauxhall Bridge, which a local group has managed to save and partly restore. The train station is the other side and is a terminus for Norwich trains. I enquired whether the trains once ran over the bridge and was told this was a long time ago, when there was a line through many of the Suffolk and Norfolk coastal towns. I have subsequently found out there were once two stations in Great Yarmouth!

Back over the bridge and a short walk I reached Northgate Street and the attractive St Nicholas Parish Church. Despite the very wide and well-maintained roads with a massive Aldi supermarket, the area retains a village feel, with some wonderful architecture and occasional places of interest. Anne Sewell, author of Black Beauty was born in a local house.

Great Yarmouth just needs a grand vision and some enthusiasm.** With a relatively small amount of funding the town could become a buzzy thriving place. The largest single investment would be to move the train station over the river nearer the town centre/Town Hall, using Vauxhall Bridge. Developing artist studio spaces with accommodation on both sides of the river would swiftly bring to life the alleys and footfall for the museums and other places of interest. A subtle night lighting programme for buildings of interest will give the town a year-round feel. Utilising the vast empty space by the quayside for high quality food and drink markets may drive up the standards of the food offering throughout the town, which appeared generally poor.

There is already a large concentration of professions in Great Yarmouth, with numerous small law practices and accountancy firms, which offer a readymade audience with disposable income. Where there are lawyers and accountants there are usually other related financial and legal professionals, providing tantalising opportunity in becoming a regional finance and legal hub.

I did not see much new building construction going on, what I did see was not what the town requires. The high street area needs to reduce its retail offering, some of the streets could or should return to housing to concentrate the footfall. Although the beach areas seem well maintained they is a lack of tempting food or retail offering. The wind turbine exhibition building is unsightly, blighting the beachfront, although the actual displays looked interesting and involving. The pier entertainment is steeped in the 1980s and will struggle to attract new, younger audiences, and unlikely to appeal to the professionals working in the town. Refocusing the offer would raise the overall profile of the town and provide a driver in attracting visitors from Norwich and surrounds, crucial for a year-round economy.

It was good to see the old M&S store being used as an exhibition space by Original Projects, a local arts organisation. There are numerous empty spaces that could be brought back into temporary use and attractive to a host of different users. Training in professional services and new technologies could be a viable use. The park area is attractive, well maintained and inviting, a real local asset.

Great Yarmouth was clearly prosperous in the past, and is not out of time to become a great place again. There are plenty of assets to build upon and from this short visit, there seems enough population and business density to develop a thriving river front and quayside creative quarter. Moving the railway station closer to the centre or installing a tram line is essential, which would in effect also reduce traffic blight. Another, longer visit is probably required.

**NOTE: I understand there is a masterplan for the town, which I have not viewed at time of writing so my conclusions may coincide with the council vision. 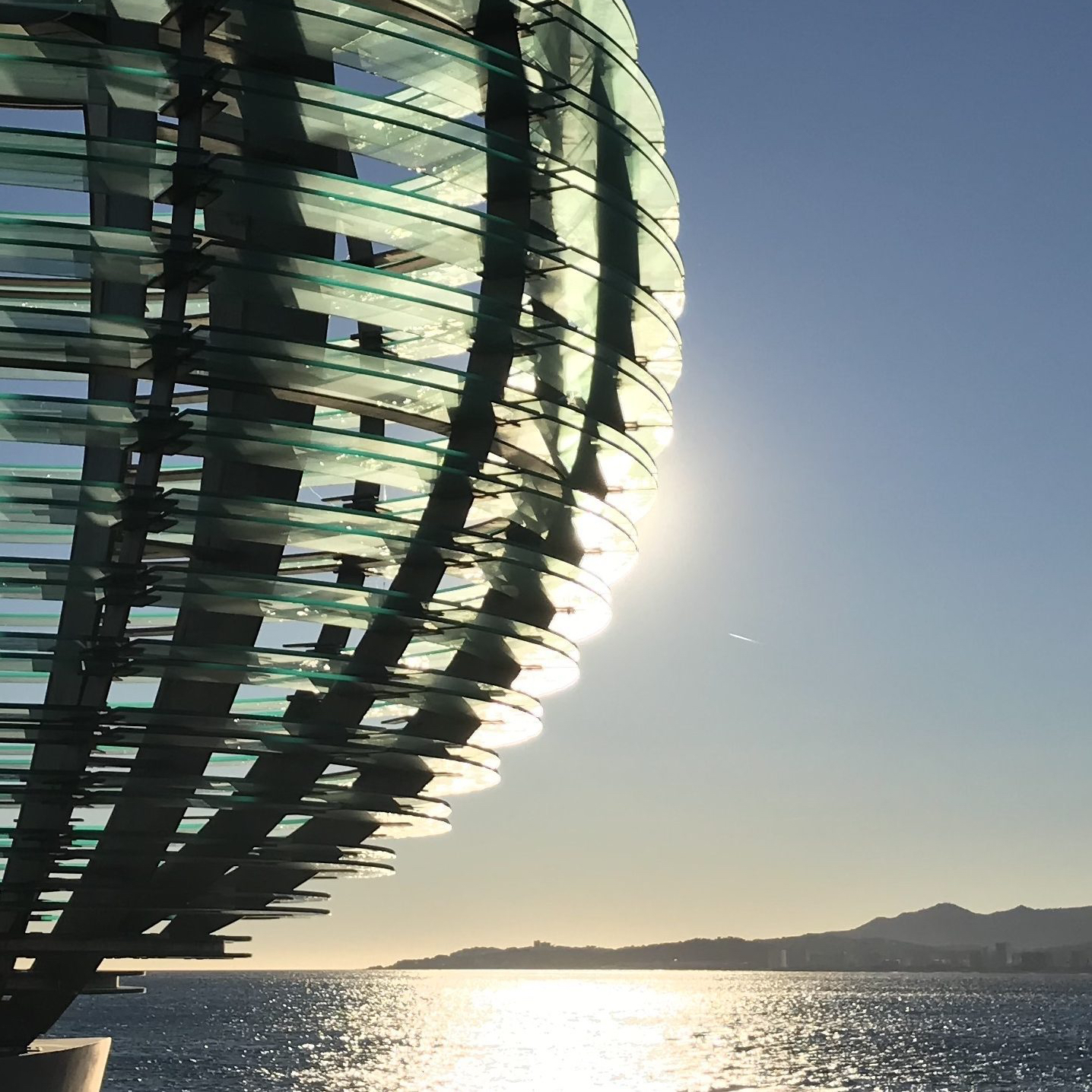 This journey stage of the project is self-funded