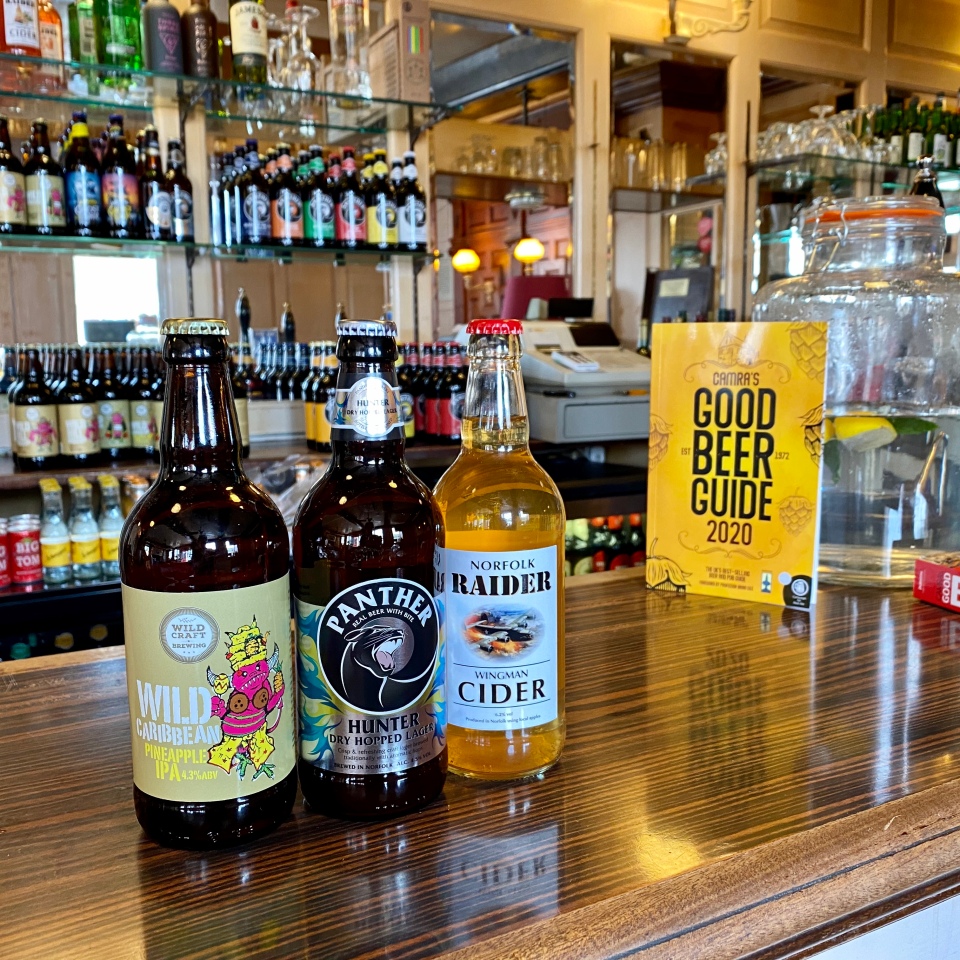 The Fourth Industrial Revolution is very likely to tear up the rulebook and opening the Fourth Portal in an old alehouse may provide a good real world example of how people react when old rules are overturned.

The Fourth Portal could have opened in any physical space almost anywhere, it is only through circumstance that Portal B has happened to open in an old traditional English Ale House. Fourth Portal is about visualising the Fourth Industrial Revolution and how towns outside the great cities will adapt to the Tsunami of change that is afoot.

St John’s Head Real Ale House, where Portal B has just opened has been a traditional English boozer for at least 30 years and an alehouse going back possibly centuries. Besides flat screen televisions to show the football, little has really changed in the pub since it was renovated in 1960.

Even before Coronavirus, the decision was taken not to serve tap beers for the initial period as the equipment and site needs to be completely ripped out. Once Covid-19 caused all pubs to lockdown, ruining billions of pints, it seems incredibly risky to buy cask ales while the threat of another lockdown hangs over all bars. So for this initial period the bar will only be selling bottle beers, mostly sourced from breweries in Norfolk and surrounding counties. Despite the pandemic and providing local ales, not having pump beer has not gone down well with some of the old regulars of the previous publican.

What is an Ale House?

The ale house or pub has gone through numerous reinventions over the years, each time causing disruption to habits, culture and taste. Technology, pandemics, laws, social norms and many other factors have shaped the boozer.

The period 1550–1700 saw the ‘golden age’ of the English alehouse. Although ale had long been consumed as part of a daily diet in England, it had mostly been produced on a domestic scale, and its retail had tended to be sporadic and temporary. In the 16th century, brewing came to be transformed from a domestic activity to a larger commercial trade, and between 1550 and 1700 the number of alehouses in England rose, as did the ratio of alehouses to people. Alehouses become unrivalled places for recreational drinking, sociability, and ‘good fellowship’. But the growing popularity of alehouses prompted mounting concerns, hostility, and attempts at regulation by the state. Concerns about disorderly behaviour loomed large, and many early modern governors feared that alehouses not only promoted drunkenness and intoxication, but also fostered political subversion and sedition among the ‘lower sort’. Thus at the same time as alehouses enjoyed new heights of popularity among ordinary people, they were simultaneously identified by the state as a prime target for regulation and suppression.

Pubs have always evolved and adapted to circumstances, some close, some open and new variations appear and disappear. However, ‘traditional’ often has a baked in perception for many people of ‘what a pub is’.

As expected, many of the old customers who have ventured in are disappointed with what they have found, most have been polite and open about not liking the change and only a few have been rude (see the Fourth Portal daily journal here). Although it carries traditional pub label, on many levels it never was that traditional, and has not even been in the CAMRA Good Beer Guide for a number of years.

I would claim it is not the traditional English pub or the pump ale that the old regulars are bothered by, it is the disruption to the familiarity that they are used to. Although there is certainly a difference between bottle and draft beers, those who had a bottle still found it very good. Going to a place where everything remains almost unmoved, month in month out, year in year out has a certain comfort but it can also bring stagnation. In nature, although the forest may look the same to the human eye, it is constantly evolving, if it does not adapt to constantly changing conditions it will die. The analogy can also be applied to Great Yarmouth, home to Portal B, if it does not adapt, particularly now as Coronavirus and 4IR collide then it is likely to fall so far behind the world that it will become a ghost town.

The balancing act of Portal B is not to alienate anybody or create confusion, which is why it will be a very slow transformation. Ultimately Portal B remains a pub, meaning it will need to conform to English licensing regulations, even if the space will not really be operating as a bar in the traditional sense. This may cause discomfort to some people and makes explaining difficult. For me personally there has been a palpable sense initially to conform; to run St John’s Head as a pub in the traditional sense, despite clearly stating that it will not really resemble a pub in how it operates.

The Portal B scenario provides a fine example of how we are shaped by the architecture and iconography that surrounds us, which then informs and often dictates our movements and decisions. We normally conform simply because we have no option, if a street is gated we will have to walk around to reach the other side. If a premises looks like a pub then surely it should run like a pub? If a decision is made to climb over the gate then there is a risk of consequences, for example being accused of trespass. If a different type of business is carried out in a traditional setting then there is a pressure to make it sure it is successful, as failure will be blamed upon not following the rules and keeping to tradition. Yet the 2020 pandemic seems virtually immune to human tradition and control and is tearing up the rulebook. Is this the time for society to unshackle itself from the constraints of looking through an iconographic lens and being dictated to by forced traditions?

The set up of Portal B is to become a physical manifestation of the enormous change that we are all now undergoing. As with the St John’s Head still looking architecturally the same, only cleaner, serving beer and resembling a pub, the Paget garden at the rear, the plant exchange on the pool table and the old Apple Macs dotted about indicate something different. This will be the same as the Fourth Industrial Revolution, people will still shop, eat, travel, connect, meet only the surroundings, methods and communication will be changing whether it is noticed or not. Burying the head in the sand and pinning for a traditional time will do nothing to halt the fundamental change that has already begun.