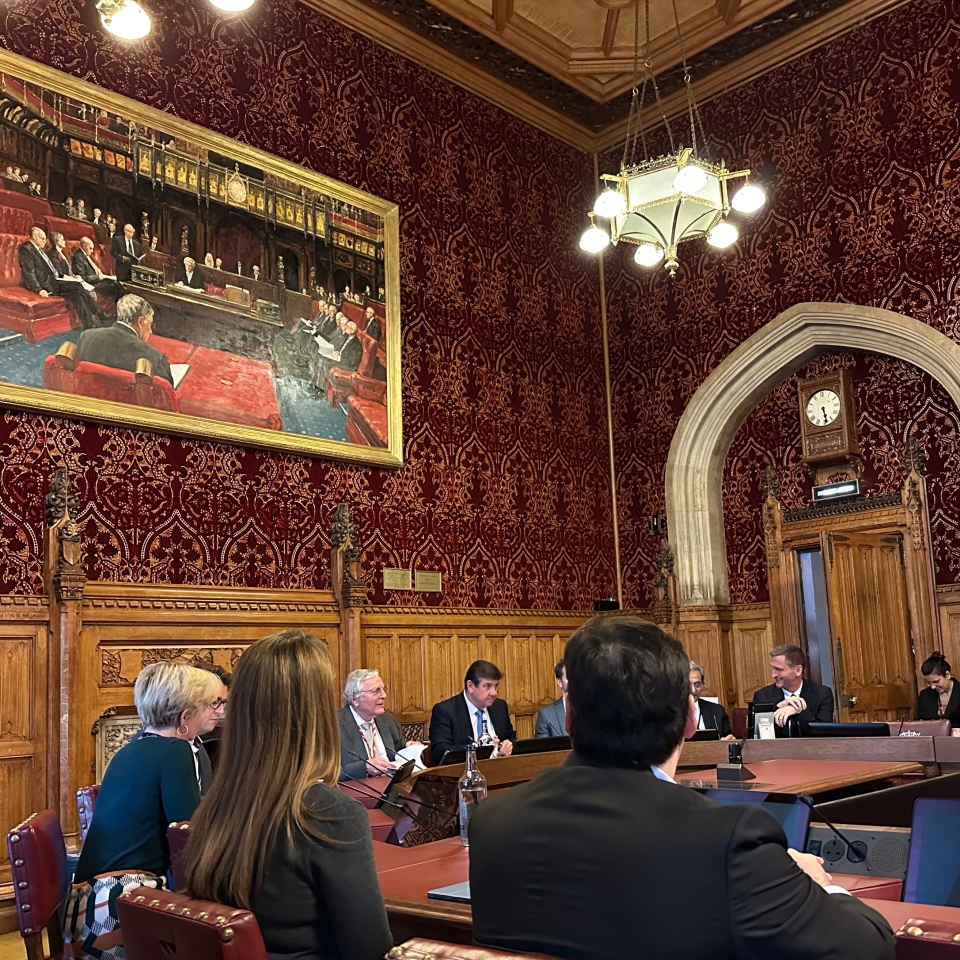 The picture appears bleak for the Future of Work. That’s the impression taken away from the All Party Parliamentary Group on Ai. The session involved legislators hearing evidence on the impact of Ai on workers. Protecting worker rights while not stifling innovation is a priority. With an increasingly global workforce from which employers can choose, it is a complex balancing act.

Ai will impact every aspect of work in some form. One area that is causing great concern is the gig economy.

The gig economy is where workers are paid for each individual “gig” they accomplish. A gig can range from food delivery to driving a vehicle to typing some code. Workers are paid by the job rather than by day or by the hour.

4.4m people work in the gig economy in some form in the UK, according to the Trade Union Congress. The gig economy is growing fast, with new online platforms bringing more services to market that require gig hirelings.

Prof. Ashley Braganza (Brunel) sees a world moving increasingly towards the ‘gigification’ of work. He assesses that online platforms are taking a Taylorism approach. Jobs are being salami sliced into smaller components so they can then be automated or reduced to simple menial tasks. The salami slicing does not reduce the workload, only makes the role more defined.

Why is the gig economy different to temping or fruit picking?

The difference between gig workers of the past and now is the facelessness of the employer. The employee rarely meets the employer. The industry is a Wild West, says Anna Thomas, Co-Founder & Director of the Institute for the Future of Work. Pay is low, with 2 in 3 earning less than £4ph. Time spent on a platform chasing new work is not included when calculating the average pay. Too many of the jobs the platforms provide are repetitive. Unpaid tasks run at 30%. Communicating with clients is not the only issue. Meeting other workers is equally difficult, if not impossible.

Charles Barry. British architect best known for his role in the rebuilding of the Palace of Westminster. Architecture is one industry seeing a rapid rise in the use of gig workers for more mundane tasks.

Microwork is a series of many small tasks which together comprise a large unified project, and it is completed by many people over the Internet.  [1][2] Microwork is considered the smallest unit of work in a virtual assembly line. It is most often used to describe tasks for which no efficient algorithm has been devised, and requires human intelligence to complete reliably. Wikipedia

‘Piece work is any type of employment in which a worker is paid a fixed piece rate for each unit produced or action performed, regardless of time.’  Wikipedia

How is AI impacting the real economy?

Workers have lost control of the hours they work. Social inequality is being exacerbated, particularly among women. Opaque policies of the online platforms make it difficult for workers and regulators to ensure fair practice.

EU to propose reclassifying some gig workers as employees

What can policymakers do?

There is a tricky balance for policymakers. Without an international agreement, legislators are limited in what regulations they can implement. If regulations become too stringent, citizens in that country may find certain jobs that will not be available to them.

Cori Crider, Co-Founder, of Foxglove says to ‘make algorithms fair and take legal action when they are not. There is real-world hurt to individual workers.’

A new type of work and social space is emerging that is both local and virtually global. Fourth Portal is at the forefront in developing these spaces with a live test site in the Norfolk seaside town of Great Yarmouth.

We are in the ‘Amazonia Era’. The instinct would be to look back to the legislative response to Taylorism. The difference is that Ai is not a man in a white coat doing the monitoring; it is a machine. It could be regarded as the ultimate Fordarism – there is almost no escape.

And it’s not only in the gig economy. Close monitoring occurs in 8 of 10 large companies in the US, where boss work-watching technology has been implemented. On the present trajectory, job engagement is likely to fall.

How My Boss Monitors Me While I Work From Home

Legislators will remain behind the curve when it comes to the gig economy. The pace of technological change and the demands of businesses and consumers will drive further platform innovation. With innovation will come new types of gig employment.

In response, a new type of work and social spaces will emerge that will exist locally and globally in the virtual world. These new spaces will seek to accommodate the change in how people wish to work, particularly since the pandemic. In turn, they will force other areas of legislation to catch up, with tax and finance being a priority.

Fourth Portal is at the forefront of creating such hybrid spaces where people can flip between different work roles, social interaction and retail experiences. The APPGai panel made clear the world of work faces major challenges from the growing gig economy. On the flip side, there are also incredible opportunities; especially for those who want to change the direction of their life and achieve a balanced work, social and family.

The Future of Work APPGas took place on Monday 18 October 2022 at the Houses of Parliament, London.

Without being too technical, we will try to understand how AI will impact the lives of UK citizens and organisations, and subsequently, how should it be regulated? How will health, energy, insurance, consulting, financial, legal and knowledge-intensive business services be traded? How should the new business models be regulated, and what about the data? There is a lot to explore and evidence is key for regulation and policy. The APPG AI is co-chaired by Stephen Metcalfe MP (Conservative) and Lord Clement-Jones CBE (Liberal Democrat). The Group Officers are Chris Green MP, The Right Reverend Doctor Steven Croft, Baroness Kramer, Lord Janvrin, Lord Broers, Mark Hendrick MP and Carol Monaghan MP. Big Innovation Centre was appointed as the APPG AI Secretariat.

All-Party Parliamentary Groups (APPGs) are informal, cross-party groups formed by MPs and Members of the House of Lords who share a common interest in a particular policy area, region or country. APPGs have no official status within Parliament.